A Traveler’s Guide To Rome

Rome is one of the most beautiful areas in the world. The very cradle of human civilization, its many landmarks are a joy for the eyes to behold. The Eternal City remains unrivaled when it comes to the sheer aesthetic supremacy of its antique structures and its impressive, widely-venerated history. It doesnt come as a surprise then that Rome has claimed the #2 spot on the top travel destinations in the world.

With a climate mild and rainy in winter rather than full of snow, many find Rome the perfect place to vacation during any time of year. You do not need a Visa if youre only staying for 90 days or less. Experts recommend visiting Rome in the off-peak months between October and March to avoid the summer rush. If you can, try to book a hotel near or within the centro storico or historic district.

Be sure to make a list of locations you intend to visit within Rome beforehand to save you time and money. Private tours are a great way to get around and at the same time soak up the local culture. Another great way to economize is by taking the TramBus system, that goes around the city and provides a fascinating tour of Romes neighborhoods.

The Coliseum is probably, next to the Vatican, the best structure to visit in the city. You can tour the premises on your own or join those conducted every hour by guides dressed as Gladiators. Operating hours vary throughout the year, so you will want to call in advance if at all possible.

Check out the civic center of Ancient Rome where political, religious, and economic activities took place. Many of its columns remain standing among the ruins even after 2000 years, displaying the intricacies of Roman architecture. Admission is free, opens at 9 am and closes an hour before sunset. If you want, you can spend a little more to get a personalized guided tour complete with audio pedestals where you can learn more.

One of the most popular spots to visit in Rome is, of course, the Vatican. In addition to its religious importance, the Vatican has a fine collection of sculptures, paintings, books, and many other artifacts that chronicle the Catholic Churchs history. You can view St. Peters Basilica, marvel at Michelangelos Pieta, its detailed masonry, or the papal catacombs. Move on to the Vatican Museum where even more magnificent antiquities are housed, not the least of that are Egyptian mummies from B.C. era.

If pressed for time, skip everything else and proceed to the Sistine Chapel. Michelangelo, primarily, was known as an excellent sculptor so when Pope Julius II commissioned him to paint the Bible on the ceiling of the Sistine Chapel, he thought it was a ploy by his rivals who thought Michelangelo, not being a full-on painter, would yield mediocrity and eMBArrass himself. Of course, we all know it didnt quite turn out that way. In fact, the Sistine Chapel is probably the most recognized piece of work from the Renaissance period. 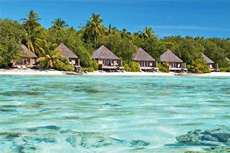 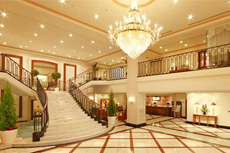 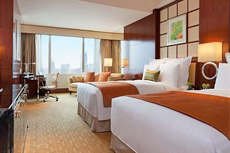 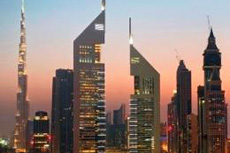