With several sights to see and surprises to offer, Thailand could be one of the best locations you should not miss to visit. Culture, beaches, people, and heritage sites are some of the things you can expect when you travel to Thailand.

Bangkok
Traveling Thailand wound not be complete without visiting Bangkok. As the nation’s capital with an estimated population of over 10 million (including the neighboring provinces), this city is by far the largest in the country. The city is divided into 50 districts or khet but for tourists and those who are new in the place, 6 divisions would be more useful. These are Ratchadaphisek in the northeast section of the city, Sukhamvit in the southeast, Silom in the south, Thonburi in the west, Rattanakosin in the central north, and Phahanyothin in the north. The whole Bangkok district would give you a diverse taste of culture, history, religion, modernity, and fast-phase life. You can actually witness how all these blend together to comprise the whole Bangkok package. Buddhist temples, historical museums, towering buildings, contemporary restaurants and hotels, shopping centers, canals and rivers, and food make Bangkok a one of a kind city in Southeast Asia.

Phuket
Down south, Phuket features magnificent beaches, tropical sunsets, white sands, blue seas, and breathtaking sceneries. No wonder it is the most popular vacation destination in Asia beating every beaches of the neighboring countries. It has several beaches like Kata Beach, Karon Beach, Patong Beach, Kamala Beach, and Surin Beach. The island showcases several water sports and activities including parasailing, jet-skiing, and scuba diving. By day, Phuket is alive with beachgoers and shoppers and by night, lights, sounds, and party people dominate the whole island.

Chiang Mai
The second largest city in Thailand with an estimated population of more than 200,000. This city located in the northern part of the country offers greener and quieter city. Chiang Mai’s tourism is becoming more and more popular and permanently settling at this city is very common. When you travel Thailand and visit Chiang Mai, you surely would want to see museums such as Hilltribe Research Institute Museum and the Chiang Mai City Arts & Cultural Center. With religion and history enriching the city, you can see several Buddhist temples such as Wat Chiang Mun, Wat Chiang Mun, Wat Phra Singh, Wat Oo-Mong, Wat Phra Jao Mengrai, Wat Phrathat Doi Suthep, and Wat Chedi Luang. The oldest temple dates back in the 11th century. Chiang Mai features attractions such as Chiang Mai Flower Festival in February, Bo Sang Umbrella & Sankampang Handicrafts Festival in January, The 2nd Orchid Fair also in January, and the Loi Krathong Festival usually falls in November.

Pattaya
Located 150 km. north of Bangkok, Pattaya is one of the most popular tourist destinations, which offers great beaches, beer and go-go bars, and a wide array of sport activities. Visit Pattaya when you travel Thailand is a must. Although it is the most overdeveloped part of the country in terms of tourism, prices in Pattaya still remains with reach. In fact, prices of foods, accommodation, and transportations are very affordable.

Krabi
In a small province of Krabi lies a small town with the same name. Paying a visit Krabi town when you travel Thailand is worth the time. Located south of Bangkok near Phuket and Phi Phi island, the town features great beaches along with high end hotels and not so expensive hotel that cater tourists of different classes. 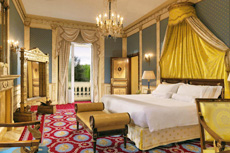 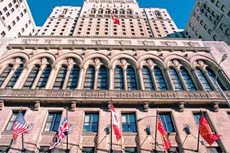 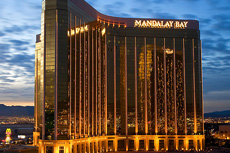 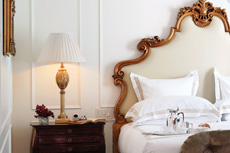